HERBICIDE RESISTANCE IS defined by the Weed Science Society of America as ‘the inherited ability of a plant to survive and reproduce following exposure to a dose of herbicide that was previously lethal’. Herbicide resistance is a product of genetic diversity and selection pressure. Every generation, plants (and all things with DNA) are subjected to random genetic mutations, most of these mutations are obsolete and cause no impact, however, some of them provide advantageous traits, such as resistance to a herbicide. When a herbicide is applied to a population, the susceptible individuals are controlled, leaving only the resistant biotypes that return seed to the seedbank.

Waterhemp is a summer-annual weed closely related to redroot and green pigweed, and the most recently confirmed case of herbicide resistance in Ontario. Waterhemp is distinguishable by its completely hairless stem and narrow, waxy, hairless leaves. At flowering, waterhemp inflorescence is more delicate and branched than either redroot or green pigweed.

Apart from resistance to four herbicide modes of action (which is enough of a point on its own to consider it a threat), waterhemp is both highly competitive and highly productive. Waterhemp is dioecious, housing male and female reproductive organs on separate plants. Because of this, two plants are required for successful seed production increasing genetic diversity. Obligatory cross-breeding means that there is an increased likelihood of developing a genetic mutation that codes for herbicide resistance and that the gene will rapidly spread within, and across, populations. In addition to an increased likelihood of developing resistance, female waterhemp plants are highly productive. A single female plant is capable of producing over four million seeds under optimal conditions; when in competition with a crop, a single female plant will produce up to 300,000 seeds. Seeds will remain viable in the soil for three to five years. They can be dispersed on contaminated farm equipment, in contaminated seed, in the gut of water fowl, via waterways, or human traffic.

Hear more from Lauren Benoit in our GrainTALK podcast! Go to www.gfo.ca/podcasts and look for episode 18.

Lauren Benoit recently completed her MSc. studying the control and distribution of herbicide-resistant waterhemp in corn, under the supervision of Dr. Peter Sikkema at the University of Guelph. • 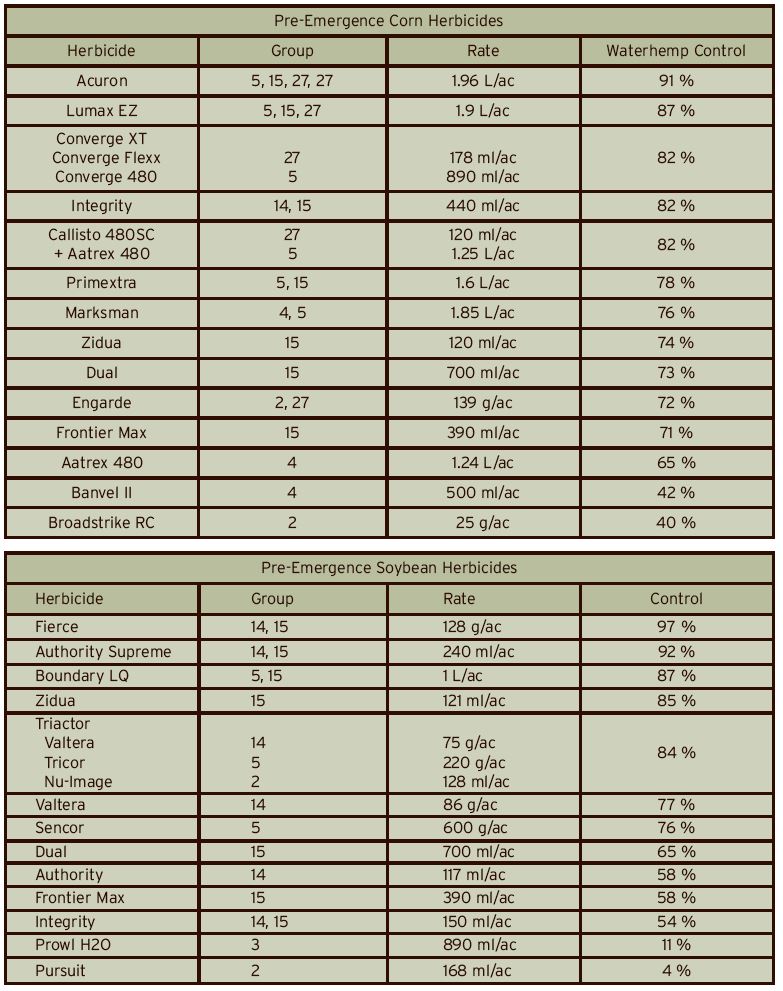 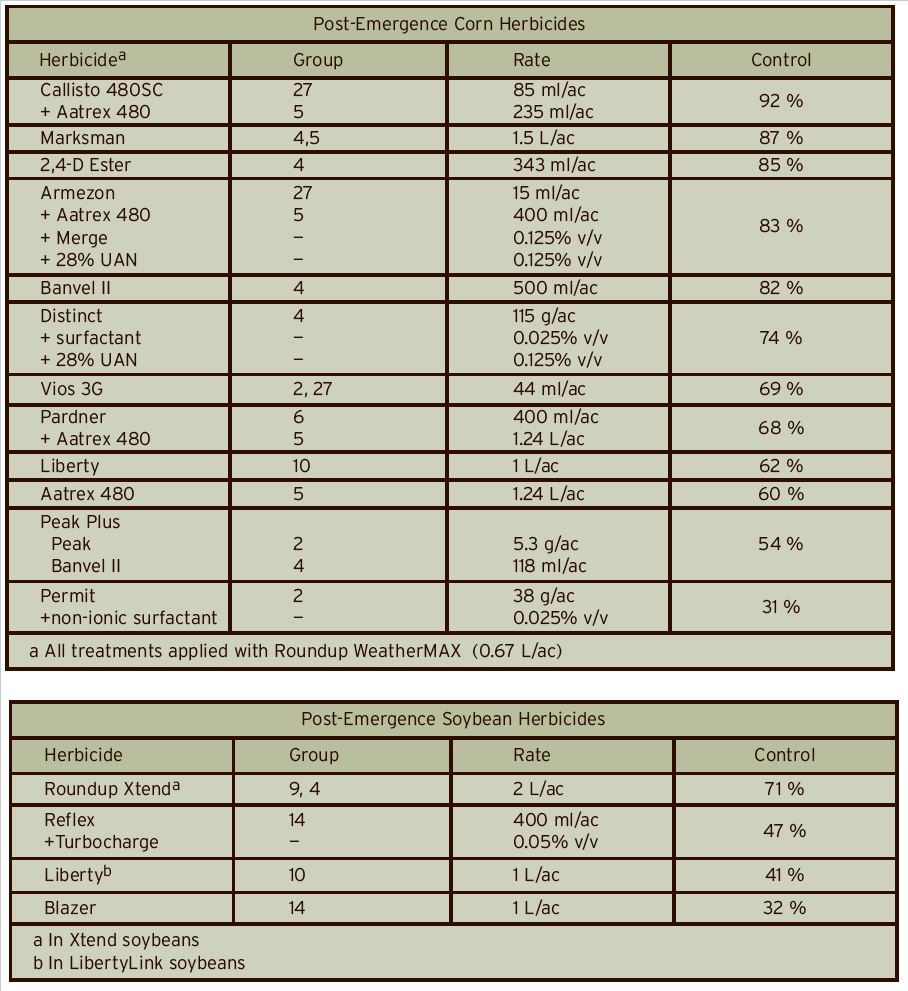