MORE FARMERS ARE seeing the value of having a cover crop in the field, and as a result, more are incorporating them into their row-crop systems. Cover crops offer a wide array of benefits. They improve soil quality, decrease compaction, eliminate erosion, increase water-holding capacity, and maximize soil nutrients. In some cases, they even increase crop production.

According to Anne Verhallen, soil management specialist horticulture with the Ontario Ministry of Agriculture, Food and Rural Affairs (OMAFRA), the first step towards success is having a plan. That plan should include details on what you will grow and when, as well as how you will kill the cover crop. When choosing a species, whether it’s a single species or a multi-species mix, consider establishment, rotation, and soil type. For additional help, try using Midwest Cover Crop Council’s seed decision tool or visit www.incovercrops.ca.

To purchase seed, check out the list of seed dealers on OMAFRA’s website. Verhallen recommends the following, as they have made a real effort when it comes to promoting cover crops: Speare Seeds, Quality Seeds, General Seeds, and Huron Cover Crops.

Implementing cover crops does come at a price, but farmers who utilize them say it is worth the additional cost. Verhallen says you can expect to pay about $20 per acre for seed. Drilling is more expensive than broadcast, but the tradeoff is better since drilling results in more even establishment.

Finally, a good plan will consider how the cover crop will be killed off later. Verhallen mentions winterkill, a roller crimper, and herbicides as three possibilities.

Here are five Ontario farmers who have successfully incorporate cover crops into their field operations. 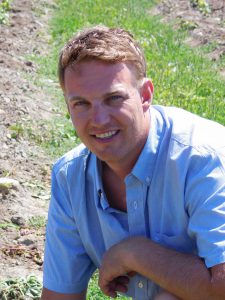 Experience: McEachren and his family started experimenting with cover crops five years ago. Today, they plant a multi-species mix into what he refers to as twin strips of cereal rye. During side dressing, McEachren will put in crimson clover, hairy vetch, and annual ryegrass.

McEachren is still experimenting with soybeans. Following soybeans, he’ll plant strips of cereal rye.
After winter wheat harvest, he plants bio-strips of twin rows of oilseed radish on 30-inch spacings. In between those rows, he plants another eight to nine species. In the spring, he says it looks like it’s been strip tilled, but it hasn’t, and he plants corn directly into the radish rows.

Advice for growers: “Cover cropping is not new. A lot of people think it’s new and that’s why they don’t want to do it. I would tell people not to be hesitant to cover crop. Understand the benefits of the species you’re going to use and understand how and when you’re going to terminate them.”

Goal: “Cover crops can be used for a lot of different reasons. We have a lot of Brisbane loam soil with farms that have up to 10 feet of fall from end to end. That being said, a large rain event and we can have soil move. My first priority is to stop all soil erosion, and then I want to build more organic matter and improve soil structure that will increase water infiltration. Cover crops can do all of this.”

Experience: Rogers started to ridge-till and no-till in 1990, and then with cover crops in 2009. His first cover crops, a two-species mix of oil seed radish and oats, were planted after wheat harvest. Today he’s planting a six to eight multi-species mix that gets tweaked every year. This year, he plans to plant bio-strips of different species — two rows of a mix and then two rows of a different mix with a no-till grain drill. During the past two years he has been inter-seeding into corn at the three to four leaf stage and into soybeans at leaf yellowing.

After wheat, Rogers has seen 100 per cent success. Planting multi-species is the secret, he says. The first year in corn was a success. The second year, though, they were faced with drought and the broadcasted seed in the lighter ground did not survive — maybe only 30 per cent. Those planted on heavier ground had a success rate of 80–85 per cent. Rogers admits that he has had limited success in soybeans. This year, he plans to switch from annual ryegrass to cereal rye and to plant it as a broadcast when yellowing and leaf drop begins.

Advice for growers: “I think all cover croppers would agree that planting thin is better than planting too thick, unless your going to use it for forage. Start out small until you understand the system. You have to plan ahead and watch your herbicide carryover and understand how to deal with it in the spring. Go to some cover crop meetings and talk to the farmers who are doing it. Every area is a little different and some things work better in one area than another.” 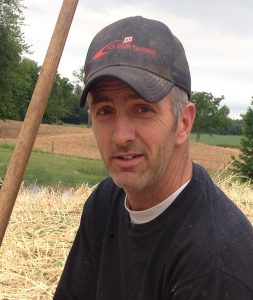 Experience: Sickle has been a committed cover cropper for three years, but his father has been planting red clover after wheat for as long as he can remember. Today, he’s leaning more towards oats, peas, radish, and rye. He also plants cereal rye, annual ryegrass, and crimson clover. For the most part he broadcasts the seed, but sometimes he drills. He also plants hairy vetch in-crop in corn.

“I still have lots to learn about covers and interactions with pests and beneficial predators in the soil,” he says.

Advice for growers: “Don’t seed the cover crop too heavy. Less is more; more is too much. Go dig in your fields with a shovel. I didn’t do enough digging earlier on — we always looked at the crop above ground.
And don’t be afraid of change. Tillage is an easy solution.”

“I knew I was doing the right thing when my daughter and I went out to the field and heard the worms. Just after a rain, if you go out and jump, you can hear the worms.” 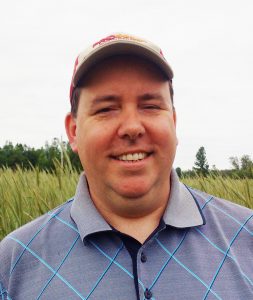 Experience: Kruszel has been committed to cover crops and no-till for about five years now. “It’s a soil health thing,” he says. “Our philosophy on the farm is to keep something living on the soil all year long.”

Kruszel started with red clover, then moved into cereal rye, then multi-species mixes. Today, he dabbles with inter-seeding crimson clover and ryegrass into corn. Kruszel gets most of his information from OMAFRA along with the National No-Till conference, held each year in the U.S. In the last five years, he has seen organic matter increase, aggregate stability improve and more earthworms. Visually, he says, the soil looks better.

Advice for growers: “The easiest thing to try is cereal rye. You can put it in after a cereal crop, after soybean, or after grain corn harvest. As long as it germinates, it will likely be there come spring. Don’t try the whole farm at once. 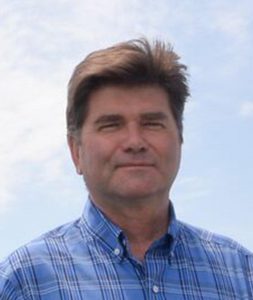 Experience: Schaus started in cover crops in 2013. He started with cover crops in wheat — oats, peas, crimson clover, and radishes. When the wheat comes off he says he has a perfect seedbed that he can no-till right into and then inject manure. All 3,000 acres see some type of cover crop.

“We’ve eliminated all fall tillage,” Schaus says. “We’re literally down to one or two passes of a shallow spring tillage.”

Coming out of wheat, Schaus originally started with oats and peas, but now he uses specific prescriptions, depending on whether or not he’s applying manure. “If we are, we don’t put legumes in or nitrogen-fixing plants,” he explains. “We put in things like oats, radish — things that can absorb and fix the nitrogen from the manure.”

Schaus no longer buys pre-mixed seed, but does his own mixing instead. “If we think the soil can benefit from an extra pound of radish in the mix, then we’ll put the extra pound of radish in,” he says. “If it looks like it’s too far and we’re not going to get manure on that farm, then we’ll go to a legume base where we can fix the nitrogen as well from the free nitrogen source.”

Coming out of soybeans, Schaus puts wheat in right away. When the wheat comes off, he uses a multi-species mix of three to six plants. In the spring, he no-tills corn right into it.

“We work the cornstalks — so corn-on-corn acres — we side dress the corn, then put the annual ryegrass plus crimson clover mix down, about 11–12 pounds in-row at V5,” he said. “That gives us a living cover crop throughout the fall in through the winter.”

Advice for growers: “If you want to take a stab at it, do it after wheat. You can actually see the results in the first year. Research; remember that things that overwinter in in Indiana don’t overwinter in Ontario. Put different species out there — crimson clover and radishes — and then add some oats, maybe some sunflowers or sorghum-sudangrass. Take a shovel out there and see what’s going on. Do some strips to compare. Leave something in the ground over winter. You lose way too much topsoil in southern Ontario in the wintertime. You won’t have to experiment very long before knowing it was the right thing to do.”

Agronomy, Also in this issue
August 2017