AS THE EVENTS of 2020 brought the need for reliable internet into ever starker relief, both the public and private sector announced substantial investments to Canada’s rural broadband infrastructure. 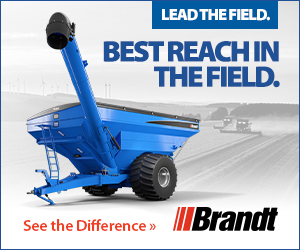 But will such investments actually solve country connectivity woes? Some certainly think so, though challenges remain.

In Ontario, the government has committed a total of $995 million to the development of the province’s internet and cellular network. The federal government has pledged $1.75 billion for the country as a whole, a portion of which is being directed towards the development of better satellite networks and other networks in areas (such as the Prairies) where connectivity is most underdeveloped.

Though not specific to Canada, tech giants such as Telus have also made inroads into the agricultural sphere – the development of metropolitan levels of connectivity in rural communities being just one of a myriad of development goals.

SWIFT, says Currie, is focused on expanding fibre-optic connectivity to as many rural denizens as possible. EORN is doing the same, but with more emphasis on improving radio connectivity due to the more sparsely populated geography.

“The plan is there. It’s a matter of getting it done. The construction of this stuff takes time,” says Currie, later adding affordability has to be another critical component.

Some of the optimism expressed by Currie is also reflected by those providing rural internet services. Issues could arise, though, if intended investments focus too much on fibre at the expense of better wireless networks, and more capacity overall.

For Greg Cameron, a Chatham-area farmer and co-owner of MPV WiFi, a rural internet provider based in Chatham-Kent, the focus on fibre connectivity by investors and initiatives such as SWIFT, while valuable, tend to support large companies (Bell, Rogers, etc.) over smaller providers, since they have greater resources.

He adds fibre optic cable is also financially impractical to install everywhere. At installation costs in the area of $100,000 per kilometre, he says, hooking up all of Ontario’s farm country in that way is not feasible.

“That $100,000 to reach a general concession row, we could take that and connect 100 people as opposed to just four houses,” says Cameron.

“With wireless we can get more customers hooked up per dollar than if we can go traditional fibre.”

Matthew Vanheule, another co-owner of MPV WiFi, adds wireless systems are generally easier to fix since lines do not have to be uncovered. And because internet traffic can be redirected when a receiver goes down, delivery can also be more consistent if enough infrastructure is available.

“Advances in wireless tech has expanded very rapidly. To discount wireless at this point in time is kind of crazy because the expenses are a fraction of the cost,” Vanheule says.

Currie expresses a similar sentiment, reiterating it is unrealistic to “run cable down every mile.”

“All options are on the table. I don’t think we should dismiss anything. I think the opportunity for fibre optic goes beyond just high speed.”

Even if the province was totally linked with fibre, though, capacity issues would still exist. Indeed, Vanheule describes it as “feeding a two-inch water line with a garden hose.” Getting more places for service providers to tie into, thereby alleviating the garden hose problem, is critical.

Currently, smaller providers can build their capacity by reaching out to major internet players. Though in Cameron and Vanheule’s experience, convincing them to share capacity can be a tough sell.

Issues also exist with the type of signals available — or not available — after an area is deemed to be too populated for a rural classification by the Canadian Radio-television and Telecommunications Commission (CRTC).

In areas classified as rural, the CRTC allows a specific spectrum of signal frequency (3650-3700 megahertz) to be used for free. This allows providers like MPV WiFi to go through barriers such as trees, thus expanding the areas in which internet can reach. As an area transitions to urban classification, that access is removed.

“Wireless is just going to reach the amount of people that need it the most,” says Cameron.

Currie believes broadband investments have the potential to generate an economic “bump” in rural areas both allowing more businesses to set-up shop in the county, and addressing the ever-growing needs of rural residents for modern business.

Farmers need good connections in all parts of their businesses, from the barn to the tractor. Rural kids increasingly need it for school. Not having a good, affordable connection for these and other things, he says, hurts the competitiveness of all rural residents, not least the farm community. •